Living and working in COLOGNE 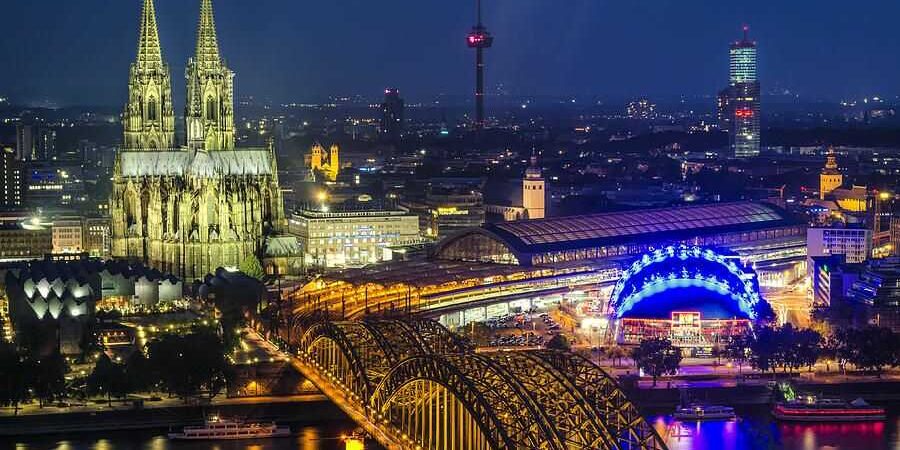 Although Cologne is a German city, it still has its Roman soul in memory of the 400 years it was part of the old Roman Empire. The people are more easy-going and friendly than in the rest of Germany. Some even call it the northernmost city in Italy. Living in Cologne can be a great experience.

It is certainly not the prettiest city in Germany (in some areas it can even be ugly), as most of it was destroyed during the World War II. But it definitely has its own charm. It is big enough to offer something for everyone and everything is so close that you can reach it on foot.

Traffic is very heavy and there are parking problems, but on the other hand there is a good public transport system. In general, the left side of the city (the city center) is more lively, while the right side is a bit quieter.

It is certainly not as elegant as Duesseldorf or Munich, but there are many parks and green areas.

Cologne is called the center of Europe. If you are traveling from north to south or east to west, you will probably have to pass through or around Cologne. The city is at the center of Germany’s rail, river and highway routes and is accessible from three airports. For this reason, the city has become a reference point for trade shows and conferences.

The city is extremely multicultural. People from all over the world live and work in Cologne, as well as a large expatriate community.

Cologne is home to one of the largest universities in Germany and Europe, so there are many students here. Most young people and many older people also speak good English. Therefore, you can get by without German, at least in the beginning.

It is a very expensive city to rent. It is a very popular tourist destination, and there are also many students, the search for accommodation can be long and difficult.

If you are looking for a shared flat, be prepared for lengthy interviews and selection processes. And even if money is not a problem for you, you will never get the best apartments or houses, as they are only rented through personal relationships.

Cologne is one of the friendliest cities in Germany, and the people are for the most part open and sociable, always ready for parties and fun (just think of the famous carnival). The city has a fantastic nightlife and is the gay capital of Germany.