Living and working in FRANKFURT 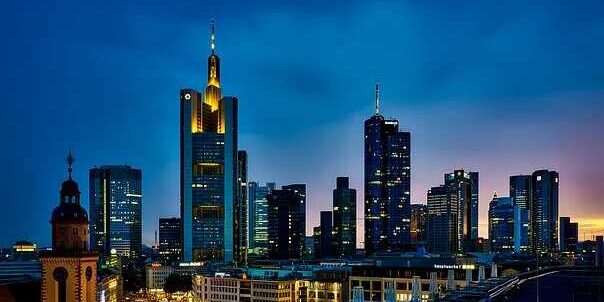 Frankfurt “means business.” The nickname “Bankfurt” means that the European Central Bank and the largest banks in the world are located here. Financial meetings and conferences are often held in this city. In fact, many people who live in Frankfurt work in the financial sector.

There is no old town in Frankfurt. Everything was destroyed during the Second World War, there are tons of skyscrapers that bore you to death after a week. It is a clean, modern city that looks like a small American metropolis.

The city center is quite small and manageable, and you are more likely to hear English, French, Spanish, Italian or Turkish on your walk than German.

Besides the skyscrapers and buildings, there are many parks and green hills nearby where you can hike and bike, and the public transportation network in Frankfurt is excellent.

Frankfurt is expensive. Housing is hard to find and not cheap. The real estate agents will save you a lot of time, but you will have to pay a lot. Living in Frankfurt is very expensive compared to other German cities.

Do not expect the city to have a great artistic life. Certainly there are museums and culture, but certainly not as many as in other major cities of the world. Although Frankfurt is the financial center of Germany, houses the European Central Bank, has the second largest airport in mainland Europe and is the only city in Germany with a skyline, it lacks the cultural life of Berlin, Munich, London or Paris.

One day Frankfurt might become a city for rock band tours, but not right now. Nightlife is not that great either, there are bars, restaurants and clubs but always less than in cities like Munich or Berlin.

The city died on Sunday. If you need something really urgent, you have to go to the airport or the train station or some obscure market in the red light district.

The people of Frankfurt are definitely not friendly people. And they will not like to talk to you in English. Most of them expect you to speak German, even though Frankfurt does not actually sound particularly German, but is a multicultural city. Between 30and 50% of the population are foreigners.

Germans mix with a large number of immigrants who speak English or other languages. Even among Germans themselves, Frankfurt is a place where people move specifically for work.