Living and working in MUNICH 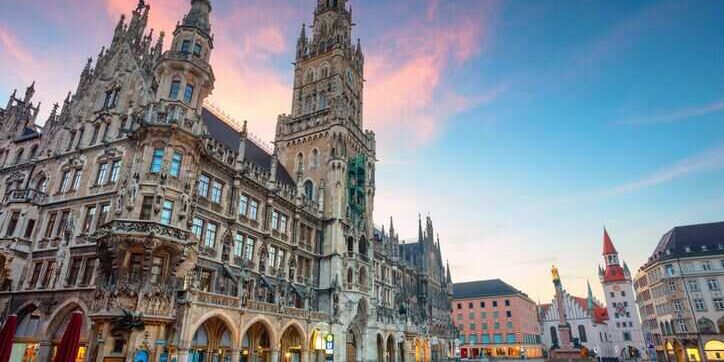 Many expats live and work in Munich every year. Munich is a modern city, most of which was rebuilt in the 1950s, so it can seem rather dull. It is very large, it can take up to 30-60 minutes to reach the city center from the suburbs.

There are numerous green areas where you can jog or barbecue in the summer. There are lakes and mountains nearby, and ski resorts can be reached for a day trip.

The city is very safe, one of the safest in Europe. It is clean, tidy and efficient. It is one of the cities with the highest quality of life in the world, as shown by numerous rankings.

Munich is the capital of Bavaria and every Munich resident will confirm this by saying, “First I am Bavarian, then I am German.” This is probably one of the reasons why Germans from other states do not like Bavarians so much.

Public transportation is very efficient and reliable. The network is very extensive and there are a large number of night bus and streetcar lines. The good thing is that you can reach any public transport within 5 minutes walking, no matter where you live. The downside is that it is very expensive (if you are not a student).

Cycling is also a good way to get around, although it is not comparable to cities like Copenhagen or Amsterdam, many Munich residents choose bicycles as a means of transportation. The city has a good infrastructure of bike paths.

Although Munich offers an excellent public transportation system, many still prefer to drive their own cars. After all, it is a fact that Germans love cars. For this and other reasons, traffic is sometimes very dense, especially during rush hour.

The positive thing is that the road network is very well organized, so that traffic, even if slow, always flows. If an accident occurs, it is reported over the radio, the police arrive immediately and within a short time the traffic is back to normal.

The city is quite expensive, but still much cheaper than London, New York, etc.

Above all, the prices of accommodation are very high. Not only are apartments and rooms expensive, but it is also difficult to find them because the demand is high.

In general, people in Munich and Bavaria are cold, brusque and rude. Whether you are in a clothing store, a bakery, a restaurant or a bar, you will hardly receive any attention or a smile.

Munich residents are generally a bit more arrogant than the average German. They are reserved, not very sociable, and not friendly at all, and if you do not speak German well, it’s really hard to make new friends.

People tend to be stressed and absorbed in work. There is a lot of pressure to perform in the workplace and people are very career and production oriented.

Not everyone in Munich speaks English, but many do. So if you do not know German and decide to move here, English will be very useful for you at the beginning.

Cultural life in Munich is certainly not comparable to that of Berlin, London or Paris, but there is something to do in every season: summer and winter festivals, local beer festivals (not only the Oktoberfest), Christmas markets, walks in the beautiful surrounding countryside, and so on. Nightlife is also not on par with other major European cities.

Munich may look provincial, but it is not. It is a multicultural city with people from all over the world.

It is quite a cold and rainy city, if you like the warm weather, it is not the city for you. Temperatures in Munich can reach peaks of -25 °C in winter.

Munich is a city that offers good employment opportunities where you can easily find skilled jobs.

Finding a job is not difficult, as most job offers in Germany can be found in the Munich area. Because many German companies like BMW, MAN, etc. have their headquarters here and international companies like Microsoft, IBM, Google, Siemens, Allianz, etc. as well.

But the job market is tough. It is difficult to find jobs for low-skilled workers that guarantee a decent salary, while high-skilled workers face strong competition. Therefore it is very important to speak German or at least a very good English.

Expectations for job opportunities in Germany and especially in Bavaria are high. Every year, for example, around 40,000 people come to Munich in search of work. This means a sharp rise in rents.

The greatest job opportunities are in mechanical engineering and information technology.

Although there are many jobs in Germany, it does not mean that companies hire everyone. Selection depends on the following 2 criteria: