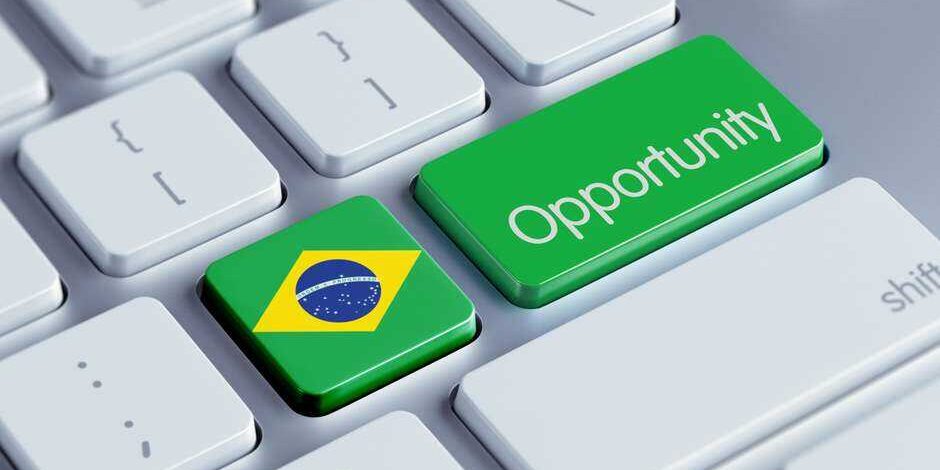 The Brazilian economy is the largest in Latin America and the seventh in the world. After emerging from recession in 2017, it has resumed slow growth. Brazil’s GDP per capita ranks 80th in the world, behind Argentina and Uruguay. In any case to work in Brazil is not easy for foreigners.

The cities that offer more job opportunities are metropolises like São Paulo, Rio de Janeiro or Brasilia, but smaller centers like Curitiba, Florianopolis Joinville, Porto Alegre and others can also offer good opportunities.

Therefore, if you want to work in Brazil, you must apply for the relevant visa before entering Brazil:

Permanent work visa, for employees with very high skills and qualifications the employer can directly apply for the permanent work permit.

Business visa if you are willing to invest at least an amount of R $ 500,000 (about $ 90,000, according to today’s exchange rate). The value of the investment can be lower, but in any case not less than R $ 150,0000, provided that it concerns activities in the field of innovation or research in the scientific or technological field. The company must remain open for at least 5 years. All the documentation will be submitted to the National Immigration Council of the Ministério do Trabalho e Emprego, which will review the application. Once approved, you can apply for a permanent visa at the Brazilian consulates in your country.

To work in Brazil, you need to know Portuguese. It is difficult in itself to find work in the country, and without language skills you have no chance of being hired. If you want to work for a multinational corporation or in the tourism sector, you must also know English.

The labor market is complex and involves lengthy and expensive procedures to obtain a work visa. The rules are in favor of Brazilian workers. (2/3 of all jobs must be given to Brazilian citizens). And in order to hire foreigners, the company must prove that it could not find employees among the locals. Therefore, it is extremely difficult for foreign citizens to find a job.

Brazil has an unemployment rate of about 12%. Currently there are over 13 million unemployed. Now it is hoped to reverse the trend once the pandemic is over.

The differences between the salaries of low-skilled workers and high-skilled occupations are very large. For example, a bricklayer may earn R$1,000, while a doctor earns R$12,000. In many specialized professions, where Brazil has a shortage of workers and has to hire skilled workers from abroad, wages are higher than in many European countries. For example:

If you work for a multinational corporation or have a high level of professionalism, there is a real chance of finding good jobs with excellent salaries, but if you go for generic jobs, wages are extremely low. The average salary in Brazil is around R$2,000. So this is an aspect that needs to be carefully considered in terms of a possible move. Here you can find the average salaries for all professions.

And don’t think that Brazil is a cheap country to live in. Sao Paulo, for example, is the 10th most expensive city in the world and it’s not much better in Rio or other big cities. The north of the country is cheaper than the south.

Given the difficulty of finding work in Brazil as a foreigner, most foreigners work:

Do not think of entering Brazil on a tourist visa and then applying for a work visa once you are there. This is not possible. Work visas can only be applied for from abroad, never in Brazil. In any case, in this situation you are not obliged to return to your country, but you can go to any Brazilian consulate, for example the one in Buenos Aires, which is much closer, as long as you have all the documents you are asked for.

Brazil has many illegal immigrants living and working in the country illegally. But until 2017, this was not a big problem. I met several foreigners who stayed longer than the 90 days allowed. When they left, they paid a fine of R $ 8.28 for each day that went beyond 90 days, with a maximum fine of R $ 828. Instead, with the new immigration law  the fine is now R $ 100 for each day in excess and with a maximum of R $ 10,000

Beware of scams, too. Given the difficulty of getting a job, the Internet is full of self-proclaimed agencies offering the possibility of jobs in Brazil in exchange for money. Do not send money to these agencies, they are just scammers.

Work in Brazil, most in-demand jobs

The sectors that currently offer the best opportunities are:

To find work, you can use the following options:

1 Linkedin, not only search for jobs, but also try to make professional contacts.

2 Direct search, due to the legal complexity of hiring foreign workers, not many job offers are published, so it may be advisable to contact the company directly and ask your CV

Remember that foreign degrees are usually not fully recognised in Brazil and that it is usually necessary to supplement the degree programme by attending other university courses. This process is called “revalidaçao”. You can find all the information on the ministerial platform Carolinabori, ministerial platform about the recognition of foreign qualifications.

Work in Brazil as an entrepreneur

Most foreigners consider Brazil as a country to live in and move there as entrepreneurs. Their idea is to open a large or small business. There are many foreigners who have started and run businesses in Brazil, especially in the tourism, hospitality and real estate sectors.

If you intend to open a business in Brazil, you should keep in mind that you will face some problems:

It is no coincidence that Brazil ranks 109th in the World Bank’s Ease of Doing Business Guide, behind countries like Botswana and Tanzania. But nothing is impossible; many foreign entrepreneurs are working successfully in Brazil. They just have to get used to living with the negative aspects of the country.

BRAZIL HOW TO FIND WORK AND LIVE