Living and working in DUSSELDORF 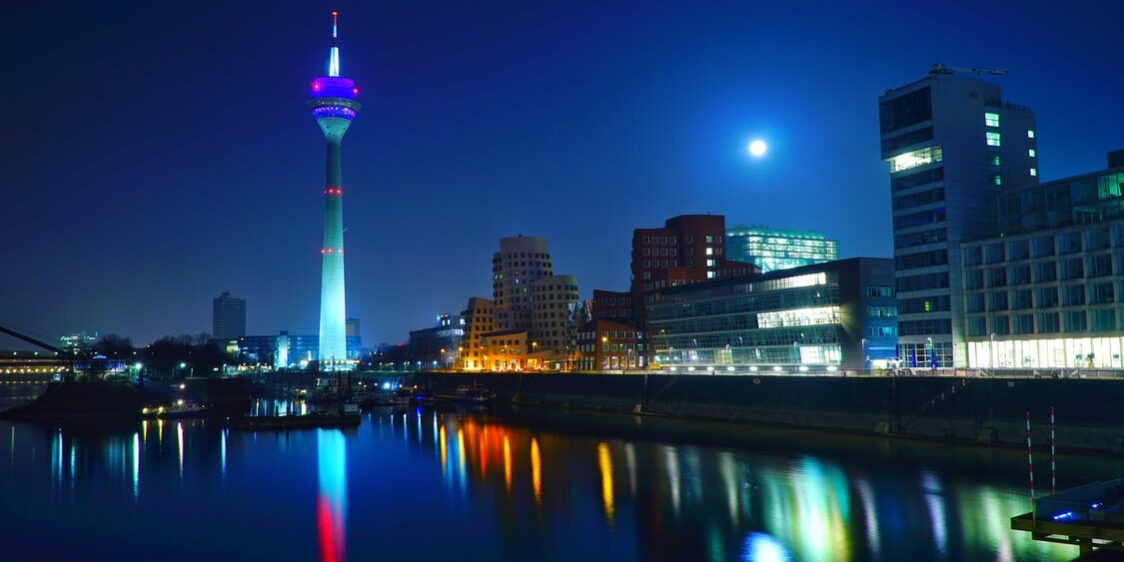 Dusseldorf or Duesseldorf is the capital of North Rhine-Westphalia, a region in the western part of the country, located on the banks of the Rhine. The city has about 600 thousand inhabitants and an urban area with more than 1.2 million inhabitants. Duesseldorf is not only a major international business and financial center, but also famous for its fashion industry and is also called “Little Paris”. Living and working in Dusseldorf is quite easy even with little knowledge of German.

Public transportation is incredible for such a small city; there are always buses, streetcars, subways and trains to take you anywhere. There is also an international airport with direct flights to many cities.

Dusseldorf currently tops the list of cities with the best quality of life in the world. A very good health care system and a high level of safety with low air pollution provide a very good standard of living.

It is a multicultural city, which does not mean that it is a paradise for foreigners. This is simply because the city is spiritually open to the world. There is a large Japanese, Chinese, Italian and North African community.

It is considered one of the most cosmopolitan cities in Germany and is a popular destination for many Asians. In fact, one of the largest Japanese enclaves outside of Japan is located here.

Dusseldorf is one of the most tolerant places to live. Whatever you are or wherever you come from, no one cares.

Do not expect people to hug you immediately when they see you, but generally no one cares where you are from. So making new friends will not be easy. On the other hand, you will never be discriminated against because of your race, color or religion.

In a country like Germany, the first thing you have to overcome is the language barrier, which can become a big problem, especially if you are looking for a job. But it must be said that English is one of the official languages of the administration, so it is very likely that you will find a job in Duesseldorf even if you do not speak German at all.

Like all German cities, Dusseldorf is clean and safe. As in all cities, there are some places you should avoid late at night.

But there is also a downside: life in Duesseldorf is expensive. The cost of living is above the national average and real estate prices are quite high, although not as high as in Munich.

The gross domestic product (GDP) of North Rhine-Westphalia is the highest in Germany. It contributes more than 20% to the state’s total GDP.

Dusseldorf’s economy is mainly based on energy, biotechnology, microtechnology, information technology, automotive, logistics, trade and chemicals, as well as the seaport, which has recently been transformed into a new industrial park. Large, world-famous fashion boutiques can also be found here. This city has enormous creative potential in the fashion and media industries. In fact, Duesseldorf is one of the most important telecommunications centers in Germany.

This means great job opportunities, not only in Düsseldorf, but also in the surrounding area. And you do not necessarily have to leave the city center to find a job, because the city is home to more than 3,000 international companies that have their European headquarters here.

As a foreigner, you can find work in many sectors, especially in industry, financial services, trade, information and communication technologies, energy and health. And, of course, in the hospitality industry.

Is it better to live in Duesseldorf or Cologne?

One question many people ask is which city is better: Cologne or Dusseldorf.

Cologne is a good place to live. Dusseldorf is rather boring because it is mainly a business city. There is a more snobby business atmosphere here, while Cologne is more relaxed.

If you are young, multicultural, like to go out, gay and relaxed, Cologne should be your first choice. Duesseldorf is better for those who like shopping, business and fashion, and is generally smaller and quieter.

Living and working in Dusseldorf, conclusion

Dusseldorf is a great place to live for many reasons: It’s a small, prosperous city that is well connected to the rest of Germany and the world, and there is no racism (unlike other German cities, especially in the former East Germany).