Living and working in HAMBURG 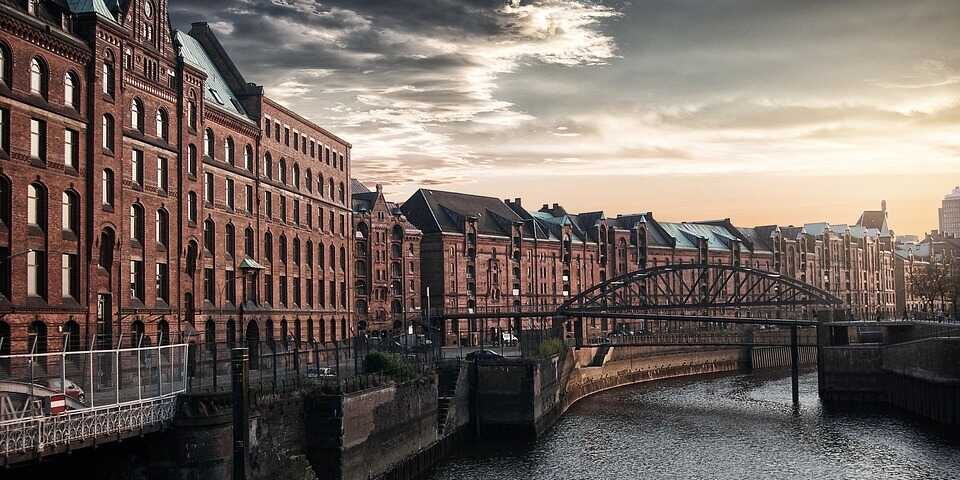 Hamburg is the second largest city in Germany with almost two million inhabitants. Many foreigners live and work in Hamburg.

The city was heavily bombed during the World War II, so several neighborhoods were rebuilt in the ugly style of the 1960s. Fortunately, only 30% of the city was affected.

Germany has many cosmopolitan cities and one of the most important is Hamburg, known as the main port of the country. It is one of the most avant-garde and artistic cities on the entire continent. Living in Hamburg is a guarantee of quality of life and freedom.

Hamburg is 110 kilometers away from the sea, but the Elbe River makes the city the main port of Germany, allowing the economy to flourish and create many jobs for locals and foreigners. It is known as Germany’s gateway to the world and handles a large number of tons of goods. With 9 million containers, it is the third largest port in Europe and the ninth largest in the world.

The port is the economic lung of the region, but at the same time a beautiful place with the Speicherstadt, which consists of a multitude of canals leading to brick-red buildings where coffee, tea and spices of all kinds were once traded. Now declared a World Heritage Site, this place beautifies the city

The city is very beautiful, with lots of greenery, trees, parks, a large lake in the center of the city, the Elbe River and beautiful bridges. Hamburg has more bridges than Amsterdam or Venice and is the greenest city in Europe. The city is 30% water and another 30% parks and trees.

Getting around the city is extremely easy, as it has a super modern and comfortable transportation system. There are subways, which are known for their punctuality, and trains. Another great thing about Hamburg is the many tunnels under the Elbe River, through which you can get from one side to the other.

The airport, on the other hand, although well located and well managed, is not convenient for the city. It is sufficient for a smaller city, but it is undersized for Hamburg. It has few connections, especially international ones.

Living in Hamburg is expensive, it is one of the most expensive cities in Germany, but it is still much cheaper than Munich, New York, San Francisco, London or Oslo.

The weather is a sore point, be prepared to wear more or less the same clothes all year round: temperatures vary between 0°C and 20°C on average.

Winters are not cold, but the days are extremely short and it is cloudy most of the time. One can wait for weeks without seeing the sun. The rains are frequent and troublesome and the humidity is very high all year round.

Certainly Hamburg is not a metropolis, but it is a multicultural city. You hear an average of 10 different languages on the street, and you never feel watched or judged by your clothes or appearance. Still, the city is not as crowded as Berlin or London and has a much more relaxed atmosphere.

People are basically open-minded, international, friendly and helpful, and it is easy to meet new people.

It is one of the most fun cities in Germany. There is always something to do or a new place to visit. The nightlife is great, many clubs stay open until morning or do not close at all.

If you like culture or music, Hamburg is perfect. Museums, theaters, shows, concerts, art galleries, exhibitions. Great musicians have played here, from Bach to the Beatles. Music culture is very important for the city.

There is crime here too, as in any city in the world, but you will never feel in danger. It is one of the safest cities in the country.

Finding a job is not as easy as it seems. It is certainly possible to find a job without knowing German, but it can be a bit difficult. On the other hand, it is much easier for those who know German.

Finding housing is even more difficult than finding a job, not because it does not exist, but because given the high demand, you are competing with dozens of other people for the same flat.

In my opinion, Hamburg is the best city in Germany: open and liberal, (as a city with a great port has always been), very friendly people, a lot of culture, multiculturalism, a variety of different lifestyles and tourists from all over the world. If I had to choose one city in Germany, I would choose Hamburg.