Living and working in LEIPZIG 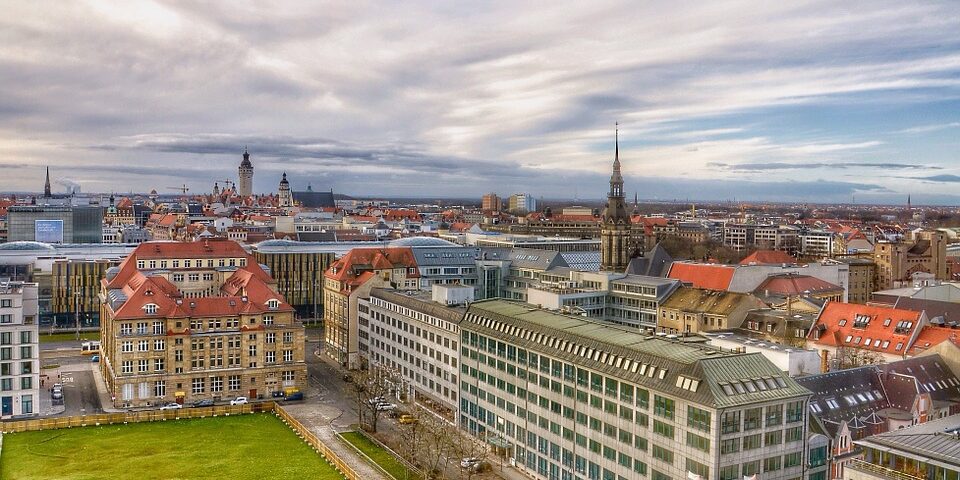 Those thinking of moving to Germany rarely consider living and working in Leipzig.

Leipzig is often considered a second-rate city, but it’s actually a thriving city where there’s plenty to do, the cost of living is generally lower, and life is more relaxed than in other German cities. It feels like living in an up-and-coming city.

It is the capital of the state of Saxony, which is in the east of the country and was part of East Germany until the fall of the Berlin Wall: it is not a metropolis, it has about 500,000 inhabitants and it continues to grow, but it is not a very large city. That is, it is small enough to get around by bicycle or public transportation. But large enough to offer a remarkable variety of sights and activities.

Leipzig is also a student city where there are many young people.

Unless you work in the outskirts, you do not need your own car. The public transportation system is very good. Perhaps the biggest drawback is that the airport does not have many international connections. In any case, there is a direct train connection to Frankfurt Airport.

The city is very safe. Almost nothing happens and you can even go to the parks at night without any problems.

One of the great advantages of living in Leipzig is undoubtedly the cost of living. Both the cost of food and the cost of housing are quite reasonable. Renting a flat is cheaper than in most other cities in the country. This and other factors make Leipzig the cheapest city to live in Germany. However, the cost of rents and real estate prices are rising.

Leipzig is characterized by the fact that it is a city with a long tradition of immigration, which has recently been confirmed by the arrival of more than 10,000 foreigners per year. It is mainly young people who give the city a lively atmosphere and a great impetus for creativity.

Years ago, people who had no desire for big cities began to move to Leipzig, which in a short time became the home of hippies, punks, refugees, poor, rich, artists, students, intellectuals, old and young people, forming a unique socio-cultural mix.

Leipzig is certainly not the richest city in Germany. As a former “East German” city, it is probably even one of the poorest cities. Especially if we compare it with Munich, Duesseldorf or Hamburg.

But even though salaries are not as high as in Bavaria, there is no shortage of job opportunities for German speakers. Either in a car factory (BMW, Porshe), or in a logistics company.

Together with Dresden, the city also has a fast growing IT sector thanks to some great universities. To ensure the training of the best talent, the city has educational institutions that have made Leipzig a world-class science center. It is not for nothing that the region has earned the nickname “Silicon Saxony”.

The constant economic growth of the city makes it one of the most important development centers in the world, with great opportunities for skilled workers in many sectors.

However, it is a bit more difficult to start a business or a project because there is a lot of competition.

Many people wonder if it’s better to move to Leipzig or Dresden. I think Dresden is great to visit for a few days. It’s a historic city with great classical architecture.

But to live longer or permanently, Leipzig is better. It’s much easier to find an apartment at a good price, even for foreigners. In Dresden it is much more difficult. Especially if you are a foreigner.

In the end, I would choose Leipzig because it is basically a quiet city, low stress, no crowds in the subway, clean, low crime, low pollution, lots of parks and lots of bike paths.