Living and working in ROTTERDAM 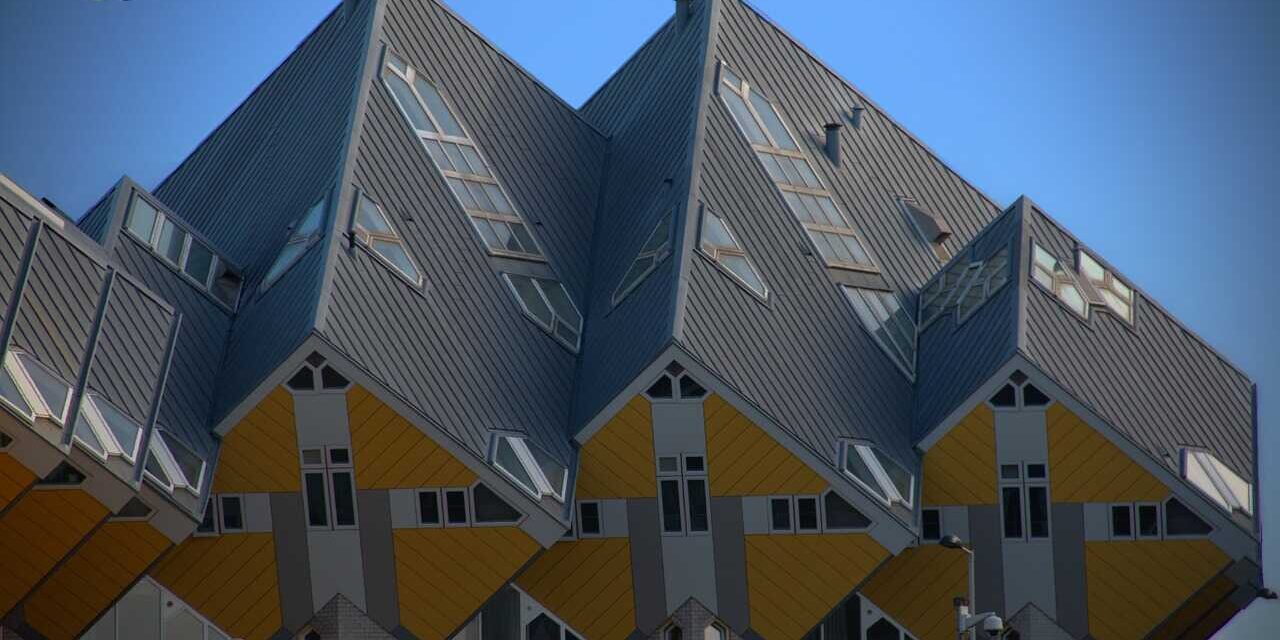 Rotterdam, which has the largest port in Europe and one of the largest in the world, was a beautiful city like Amsterdam with a great historical center. The city center disappeared, bombed and was completely destroyed during World War II by the Nazis. Rotterdam had to start from scratch. Only some of the old buildings, like the City Hall and the Laurens Church, were restored. Although the city does not have the charm of amsterdam, many foreigners are currently living in Rotterdam.

Unfortunately, the design of the new city center and suburbs immediately after World War II led to the construction of buidings boring and depressing. Just glass, steel and concrete. So yes, Rotterdam is a pretty bad city. All those skyscrapers and eight-lane streets don’t give the warm feeling of intimacy that the canals of Amsterdam or Utrecht do, and they also take away the sense of community.

That being said, Rotterdam is booming right now. Many old, vacant industrial buildings are being renovated and turned into restaurants, breweries, etc. Many creative people are moving to Rotterdam. There is more space than in Amsterdam, and that makes it much cheaper. Let us put it this way: Compared to Amsterdam, Rotterdam is catching up.

The city has an excellent public transportation system and a very efficient metro system. However, given the huge network of bike lanes, I recommend you buy a used bike and get around. Always lock your bike with a lock and chain, because bikes are very often stolen here, as in the whole world.

Rotterdammers (inhabitants of Rotterdam) are quite cold and can therefore seem rude. The good thing is that once you finally manage to make friends with them, Rotterdammers really do become friends, without the need to come at them with false pleasantries. They are proud to be Rotterdammers and will gladly tell you about the history of the city.

Another aspect is the great cultural diversity that exists in this city. Rotterdammers are very open to foreigners, which is reflected in the almost 200 different nationalities in the city. Suffice it to say that the mayor of the city is Moroccan, who came to the Netherlands when he was 15. There are so many Africans, Caribbeans, Middle Easterners and Europeans that you will immediately feel at home in this great diversity. Rotterdam is one of the most culturally diverse cities, where more than half of the population is made up of immigrants, and up to 75% if you count second and third generation immigrants.

The city is very sympathetic to the people who come here. The Dutch are extremely adaptable to the needs of foreigners in terms of language, customs and religion, the biggest challenge for you will be learning the Dutch language, a language that is not easy, but which will allow you to integrate into society, and which will allow you to do everithing you need as an ordinary citizen on your own.

Regarding the cost of living, despite the high salary level, Rotterdam is quite an expensive city. A single person can spend €1,300/1,500 per month on food, services and accommodation. So, of course, it depends on the lifestyle of the individual.

Speaking of accommodation, demand far exceeds supply in Rotterdam, which makes finding apartments and rooms difficult and, above all, expensive. A small apartment for one person in a normal neighborhood usually costs more than €1,500 in rent. The rooms in a shared apartment cost about 500/600 €.

Although the climate in Rotterdam is described as “mild” by Nordic standards, it can be summed up in four words by Latin standards: cold, gray, windy and rainy.

Speaking of work, Rotterdam is the most important port in Europe and the fourth largest in the world. That gives you an idea of how much money is moved here. Therefore, there are also good opportunities to find work in various sectors, and average salaries are good.

Rotterdam is a city where hard work is considered a virtue. There is a Dutch saying that describes the mentality of Rotterdammers: “Niet lullen maar poetsen”, which means “Stop talking, just work”. Everyone here works hard and minds their own business.

Living and working in Rotterdam conclusion

In summary, Rotterdam is a multicultural city with a modern appearance, a low level of corruption, an advanced public transportation system, and an excellent network of bicycle paths. Although less touristy than other Dutch cities, Rotterdam, with the largest port in Europe, is an important transit, logistics and shipping center that employs people from all over the world, and it is this multiculturalism that brings a touch of culture, energy and great social freedom.