Living and working in TOULOUSE 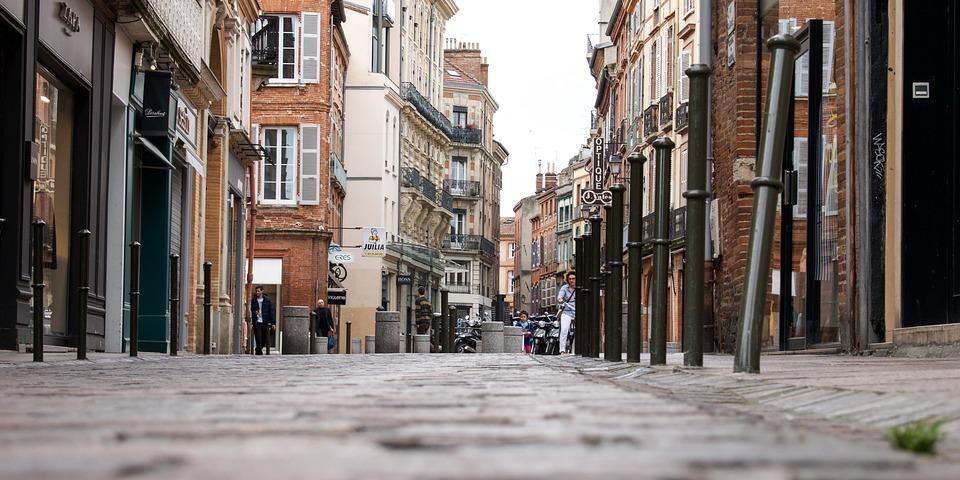 Toulouse is a very beautiful city, it is also called the pink city, by the color of its buildings of red brick, which takes on a characteristic pink color at dawn and dusk, when the light of the sun is not yet strong. A large part of the city center is a pedestrian zone, making it extremely easy to reach any place on foot. Living in Toulouse is pleasant.

El Garona divides the city into two halves and allows pleasant walks along the riverside, admiring the characteristic red brick buildings. It is divided into an old and a new part. In the old town there are many old buildings and medieval squares. It is a city of about 500,000 inhabitants, so it is large, but not overly so, and with an international airport that offers good connections with all of Europe. It is strategically located, only two hours by car from the sea and not far from the Pyrenees. It is also close to Spain.

Toulouse’s public transportation system is good, with buses, streetcars and subways running throughout the city. However, if you live in the centre, you can reach almost everything you need on foot.

People in Toulouse are very welcoming and friendly, unlike Bordeaux or Paris where people tend to be snobby and unfriendly. Paris is undoubtedly a great city with a cultural life and a range of discos and entertainment that cannot be compared to what Toulouse has to offer, but at the same time it is a colder and more individualistic city where it is much harder to meet locals.

Toulouse is undoubtedly one of the liveliest cities in France. Spanish, Basque, Provençal and French traditions mix here, resulting in a special cultural blend that makes this city unique in France.

It is an extremely cosmopolitan city where you can meet people from many other countries of the world, but especially from Europe. The foreigners in the city work in the aerospace industry or are students. There are several world famous universities and many students from all over Europe and beyond come here to study.

The large student community is very welcoming and makes it easy to make friends with the city’s international students, so Toulouse’s nightlife is lively and vibrant. We can say that Toulouse is without a doubt one of the best cities in France, especially for foreigners.

Toulouse is a very safe city and it is very difficult to get into an unpleasant situation. In any case, you should take the usual precautions that you take in your hometown and avoid the least recommended parts of the city.

Rental prices are also generally low – giving you the opportunity to live in a central area without breaking the bank.

The climate is generally acceptable. Most of the year it is sunny and in winter it is not too cold, but it is usually very humid.

As for work, there are many employment opportunities in Toulouse in various sectors. Especially in the aerospace industry and the technology sector. In recent years, these sectors have experienced exponential growth. The aerospace sector is dominated by the presence of aerospace giant Airbus in the city, while the technology sector is dominated by electronics and biotechnology. Also worth mentioning are the retail, transport and hospitality sectors.

Living and working in Toulouse, conclusion

Toulouse is a beautiful city. Most of the inhabitants are students. It is, in short, a very small city when compared to Paris and therefore offers fewer job and professional opportunities, but life is cheaper here, rents are more affordable and the presence of many foreign students guarantees an always lively life with the possibility of always meeting new people.

It is a lively and at the same time quiet city. Everyone can find their own balance. Party at a student party or leave the hustle and bustle behind and retreat to a quiet place where peace and tranquilly reign. A great place to spend a good life.