Work in France without speaking French 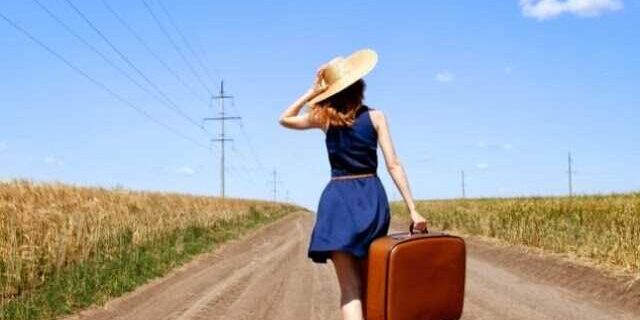 Is it possible to start to work in France without speaking French? If you are interested in this question, read Alice’s story.

I want to tell you about my adventure, my dreams. My projects

I lived in Italy, I had a permanent job, I liked my job very much.

After various considerations and evaluations, I decided to move here to France.

For 2 years, as soon as I could, I came on vacation to see the mentality, to see if I could like it, so I visited different areas of France, the Toulouse area and its surroundings I know everything.

Bordeaux, Lyon, Marseille, beautiful but too distracting for me.

I choose a small town located between the French Basque Country and Spain.

I lived in Italy, and as soon as I could, I began to send my resume and cover letter written in French, to the various temporary employment agencies.

They all asked me the same thing. Do you speak French?

I had the basics from school, but nothing more.

My answer was no, oops! Many didn’t even take my resume.

I wasn’t going to do the work I did in Italy, but I couldn’t find anything at all... in the field of cleaning, caregivers, nothing. Without speaking French, you couldn’t get anywhere.

The first disappointments set in.

Nevertheless, I decided to continue this adventure.

I lived in Sardinia, I had to go by boat, find someone to accompany me by car, in the end I managed to organize myself for departure.

I start looking for a house, oops, I could not rent anything because I don’t have a job, a permanent contract and three salaries!

In the end, I proposed to pay 6 months rent in advance, plus the current month and the deposit, but they didn’t trust it and their answers were no.

Until after months of rejection I found this nice person who believed in me.

I was glad that my persistence started to pay off. I found a house I could feel comfortable in and I could support myself for 7 months.

I went to the bank to open a checking account, it and they didn’t open it because I didn’t have a job. I tried several banks and always negative.

I had a meeting at the Bank of France because they told me I have the right to have an account.

I explained everything and they told me that they want a letter of refusal from the bank. I made another appointment with the bank.

I do not deny that the thought of leaving has crossed my mind a thousand times, but it would have been a defeat for me!

I decided to continue, finally the blessed letter arrives from the Bank of France forcing the bank to open my account. I couldn’t do more than withdraw money and pay with a bank card. My transactions were limited to the bare necessities and that was better than nothing.

I tried to find a course and learn the language and I started the course, I interact with people of different nationalities, cultures and religions, it’s stimulating and interesting! I felt less ignorant, we’re all on the same level.

Work. I sent out resumes in every directionand at the I find a job in a hotel, I was happy, although I didn’t speak French very well. We got along with our colleagues, they were all foreigners, there was no French person. But that was fine. My hardships began to pay off a little.

Always through an agency I started working as a cleaner in an Arabic restaurant from Monday to Friday, after a month the manager asks me if I would like to work for him in the kitchen. Permanent contract, 35 hours a week. I had two permanent contracts, everything was fine until I discovered that the provisional number of my carta vitae was incorrect.

I ran to request the correct number of the carta vitae, fortunately it arrived in two days and I could start working.

I wanted to share my little experience with you.

Dreams and ambitions have to be cultivated if you firmly believe in them, but you have to be aware that it’s not really easy… You have to plan everything beforehand, do not go on an adventure, no one will help you with. In the beginning, if you do not have a reference point or money to support yourself, it’s uphill.

Is it possible to work in France without speaking French?

There is little to add to the story, which I have taken word for word and without alteration. I wanted to publish it as a testimony to the difficulties one can find when moving to France without knowing French. Alice’s story has a happy ending, but that’s not the case for everyone. Take advantage of her experience, because it’s not always possible work in France without speaking French.