Living and working in GALWAY

You are here:
Jan122023
IRELAND HOW TO FIND WORK AND LIVE 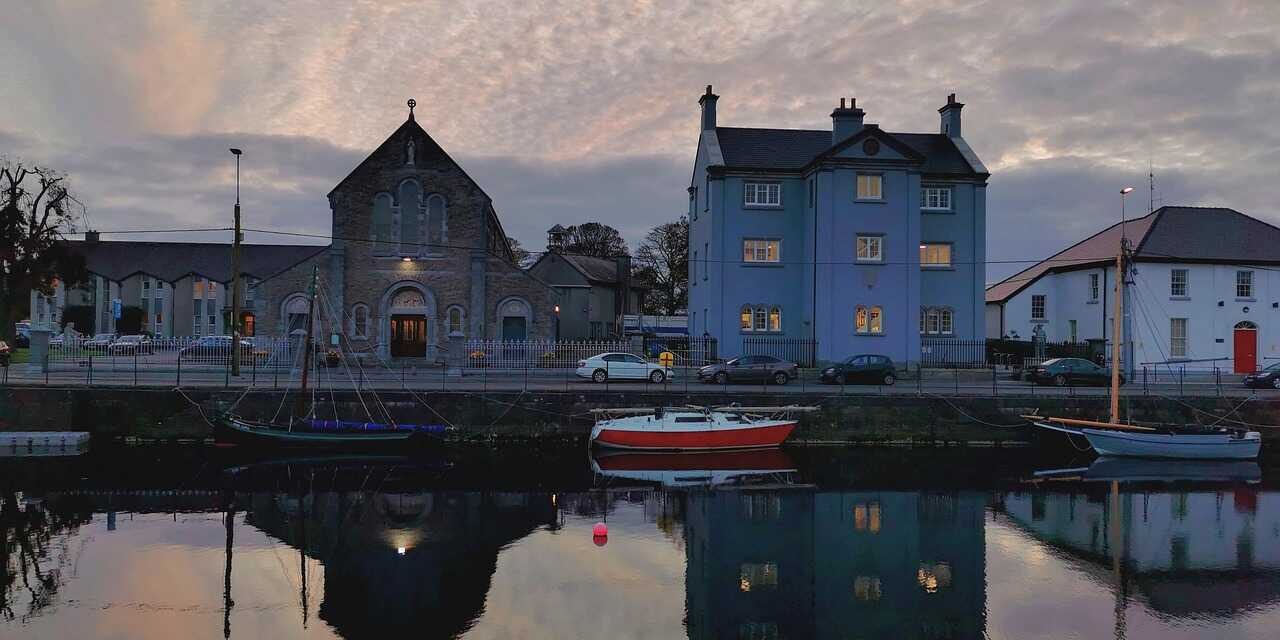 The small city of Galway is one of the most important cities in the west of Ireland and, despite its small size, one of the most popular cities in Ireland. This is due to many aspects, such as its ancient architecture. In fact, the city has preserved some of its walls and historic buildings that give a clear picture of its past. Galway is also a vibrant and young city. There are 2 major universities and several language schools in the city, so you will find many young people here, most of the residents are students. So living and working in Galway is extremely pleasant.

The surrounding area also has its charm, just think of the Cliffs of Moher, which are considered one of the seven wonders of nature, or the Aran Islands.

Since the city is very small, public transportation is scarce and needs to be greatly improved, but if you have a bicycle, you have solved all your problems. Otherwise, you’ll have to buy a car. However, unlike urban transport, extra-urban public transport is more reliable and allows you to reach Dublin in a little more than two hours.

Galway is known for being the wettest city in Ireland, and that’s saying something. Although most people who claim that it rains every day are wrong, the number of rainy days is really insane.Let’s put it this way: the weather is mostly rainy and windy, with more rain in the winter and a little less in the summer. Sometimes it doesn’t rain, but it’s windy, and if you’re lucky, it (sometimes) doesn’t rain and it’s not windy.

But all joking aside, the weather, like all of Ireland, is extremely unpredictable. You have to expect rain, wind and sun on the same day. Within a few hours it can rain, a few times the sun can shine and finally a wind can blow so strong that the umbrella breaks off. On the positive side, winter on the Atlantic coast is quite mild, unlike other northern European countries, which is freezing.

Students and workers from other cities in Ireland, Europe and other parts of the world mingle with the local community, creating a melting pot of sorts. Everywhere you go in the city you hear different languages: Polish, Portuguese, French, Spanish and Italian are the most common. Locals are generally open and friendly towards immigrants, and it is common for locals to socialize with people of other nationalities. For some reason, Galway, although a small city, attracts many foreigners, so you can see many Europeans, Latin Americans, Africans and Asians, which makes the city very diverse and interesting.

Galway is considered the cultural capital of Ireland, so there are many film festivals, cultural festivals, the St. Patrick’s Day parade and all sorts of other events. In the small city centre there are countless pubs, bars and clubs where modern and traditional Irish music is played. Life is quite dynamic, with festivals in the summer and many indoor events in the winter months. Being a university town, there are many young people who radiate incredible energy.

If you like shopping, Galway doesn’t have much to offer. I’m not saying you can’t find what you need, but those who like to shop should consider other destinations.

The biggest cost is housing, because there is not enough infrastructure to accommodate so many people. Students and workers have to struggle to find housing. Rents and real estate are becoming more expensive every year.

Living and working in Galway is nice, but finding a room for a long time is very, very difficult due to the large number of students. Some students are forced to live as far as 30 km from the city. Therefore, make sure you have found accommodation before the the beginning of August, when students start looking for an flat and there is a race for apartments, and in no time the few available properties are gone.

In terms of employment, Ireland has what is commonly referred to as “full employment”, with an unemployment rate between 4 and 5%.

Therefore, there are also many employment opportunities in Galway, but skilled workers are in demand and you must have good experience in your profession. There is a strong demand for personnel, especially in the fields of IT, pharmacy, call center, health and finance, with knowledge in these areas it is much easier to find employment.

However, I would say if you are willing to go all out and have the right attitude, it is easy to find a job in Galway and If you work hard and smart, you will be rewarded because it is a fair and meritocratic country.

Living and working in Galway, conclusion

In summary, Galway has a beautiful location right on the sea. The city is beautiful, historical and culturally very interesting. It has a slower pace of life than the capital, Dublin, and is much less congested. It is a university town, and all the young students create a fantastic atmosphere. Its young, unconventional and relaxed atmosphere makes it unique.

Some people hate the city because of the lack of sun. But apart from its small size and climate, the city is just fantastic. And it could really be worth living and working in Galway, at least for some time.