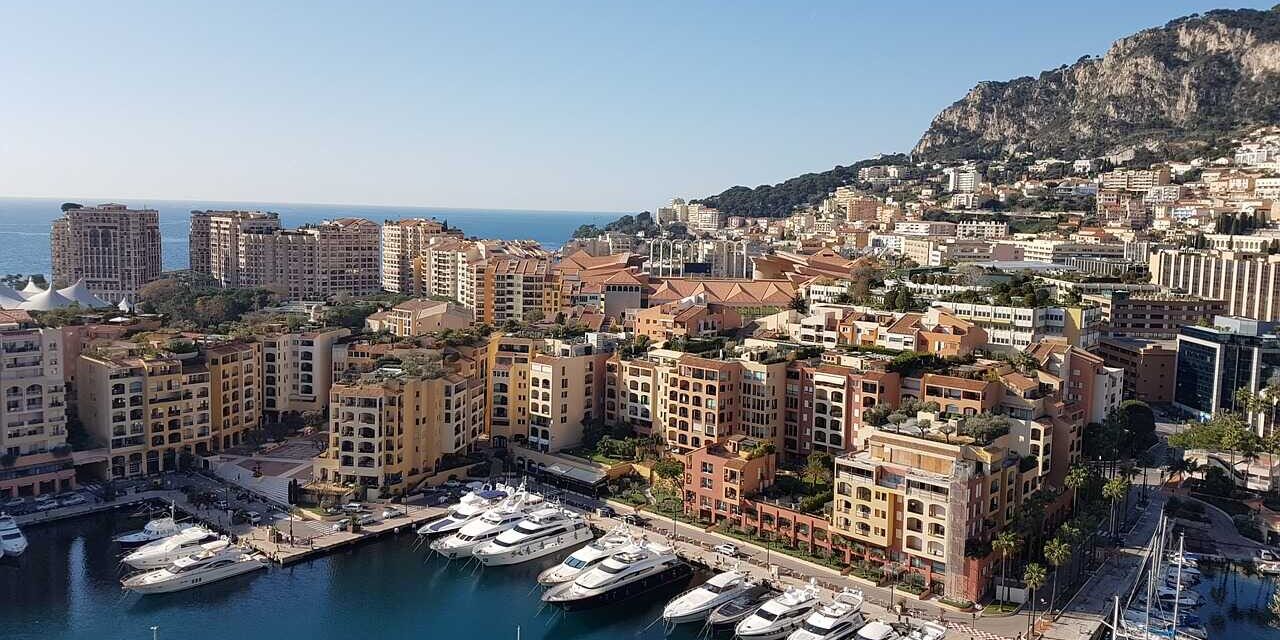 The Principality of Monaco is a beautiful place on the Mediterranean Sea, located between the Côte d’Azur and France. Monte Carlo is beautiful and some of the most elegant places in Europe, such as Cannes, Saint Tropez and Portofino, are within easy reach. Many dream living and working in Monaco (Monte Carlo). There is even a very nice free public beach, and if you can afford it, many clubs and several private beaches.

Monaco is well connected: a very convenient transport system with super clean and super fast “TGV” high speed trains allows you to reach anywhere in Europe. The Principality is only 30 minutes by car from Nice-Côte d’Azur Airport, the second largest airport in France, which also offers a regular helicopter service so you can reach your private jet without worry. If, like me, you do not have your own plane, you can always use the services of one of the many budget airlines or a national airline.

Monaco is one of the safest places in the world to live, with a very low crime rate and a very high percentage of police officers per capita. The public schools are “free” and first class.The health care system in Monaco is second to none, with a number of excellent public and private hospitals and clinics. Many of them are among the world’s best, especially the cardiology facilities.

The Principality of Monaco is very densely populated, it is the most densely populated state in the world. Everywhere you look, you are surrounded by people. With all these people and the small area of the country, it is also inevitably very noisy.

The cost of living is not very high, apart from the rents which are disproportionately high, everything else is about the same as in EU countries, after all you are in France. A few more kilometers and you are in Italy. As for rents, the cost is very high: expect to pay at least €3,000 per month for a studio and €6,000 for an apartment. Not to mention the acquisition costs: studies can cost several million euros. Not even “normal” millionaires can buy large apartments, which can cost up to € 100 million and more. Many live in neighboring areas in French, where rents are much lower. To these costs (600- 8000 €) must be added the cost of travel to the workplace.

The Principality of Monaco is very different from any other country in the world, and the people who live there are also different. Monaco has the highest percentage of millionaires in Europe. 32% of the inhabitants are millionaires. In Monte Carlo, there is every kind of service that rich people could want.

Monte Carlo is full of life at any time of the year, day or night: High level music competitions and auditions, classical and pop ballet, philharmonic, the most famous car race in the world (F1 GP), circuses, shows, auctions of ancient and modern art, casinos, jazz mosaic festivals, soccer, etc.

The weather in Monaco is absolutely fantastic, blessed with few rainy days and about 300 sunny days a year. Winters are mild and sunny, while summers are long and hot.

If you are EU citizen and you wish to live in Monte Carlo for less than 90 days out of 180, you can do so easily. No permit is required. However, to be a legal resident and enjoy tax benefits, you must live in Monaco for at least 6 months of the year.

To obtain residency in the Principality, it is necessary to:

Working in the Principality of Monaco is the dream of many people, because it is one of the richest countries in the world, there is no unemployment and the minimum wage is around € 1,700 per month.

However, it is not easy to find a job in Monte Carlo, because when job offers are made, priority is given first to Monegasque citizens, followed by residents of Monaco, then by residents of neighboring municipalities, and finally by others. To work in the Principality, you need a work permit, and to get it, you must prove to the government that all other priority applicants cannot do the work.

Labor law in Monaco is quite different from that in France or Italy where employment contracts are more or less similar. IN mOnaco the law favors employers, and employees can be fired without cause, even after a probationary period and with a permanent contract.

For all the information on how to find a job in Monte Carlo, I recommend reading the article Working in the Principality of Monaco

Jobs in the PRINCIPALITY OF MONACO
January 24, 2023

Working in the PRINCIPALITY OF MONACO
January 24, 2023