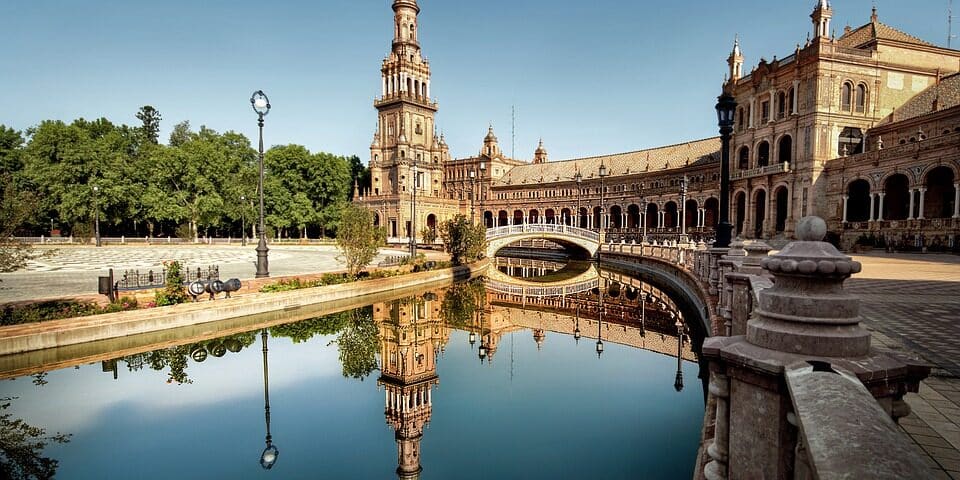 Spain is a destination that foreigners love very much because of the weather, the cuisine, the language and the warmth of the people, and that is why many dream of moving to Spain. Spain is now the tenth largest country in the world in terms of immigrants (6.5 million, which is 14% of the population. The highest rate in Europe).

Unfortunately, there are not as many jobs in Spain as in northern European countries. But lately, cities like Madrid, Barcelona, Bilbao and Valencia are starting to offer interesting job opportunities. All along the coast, from the Costa Brava to the Costa del Sol, there are many jobs in tourism and hospitality, especially during the summer months.

Spain is a parliamentary monarchy divided into 17 regions (autonomous communities) with a population of about 47,000,000. The official language is Spanish (Castilian), but local languages are used in several regions: Catalan, Valencian, Basque, Galician, Asturian, etc.

Citizens of the EU / EEA do not need a visa to move to Spain, the identity card is sufficient.

Non-EU citizens usually need to apply for a visa to enter Spain. However, there are non-EU citizens of some countries who do not need a visa for stays of up to 90 days (for tourist and business purposes). Applications can be made at Spanish embassies and consulates. You can check this in the list below:

Non-EU citizens need a work visa to work in Spain. There are different types of work visas, see the article Working in Spain.

If you are not an EU citizen, you must apply for a student visa if you want to enroll in a course or class. A student visa allows you to work up to 20 hours per week for the duration of your course.

Move to Spain and find accommodation

After a few days in a hostel or in a room booked from your country, you need to start looking for permanent accommodation. Unfortunately, recently it has become increasingly difficult to find accommodation in Spain, due to two factors:

According to a study by idealista, in 2019 (before the outbreak of Covid19) prices have increased between 3.8% and 12%, depending on the province. There are fewer and fewer residential properties to rent, especially in Madrid, Barcelona and the Balearic Islands. In addition to these problems, landlords “are imposing unusual conditions in the face of high demand,” as Idealista points out. For example, “they do not want children, as if they were dogs.”

Sometimes the real estate ads sound like a job offer. The owner tells us the main requirements that the tenant must have: for example, his profession and we make a first selection. Then it is he who directly interviews and selects. Potential tenants may find it strange that the owner of the apartment wants to interview them, but given the short supply of apartments and the high demand, they have no choice but to engage in the interview.

The ideal tenant is a single woman with a skilled and stable job, who has no children or pets. According to Idealista, this rental boom, and therefore the rise in prices, is due to a change in mentality in a generation that does not want to take out a mortgage. Even given the average salaries in Spain are quite low, I might add.

Nevertheless, it is still possible to rent something good at a fair price, at least compared to major European cities such as Copenhagen, Paris, Milan, etc. However, this requires considerable research that can take a lot of time, so the most common choice, at least initially, is to rent a room in a shared apartment. Also, because unless you have a permanent employment contract (in cities like Barcelona already for two years), you will hardly find someone willing to rent you a whole apartment, unless you are willing to pay 6/12 months in advance.

Renting a house without using an agent has the advantage of not having to pay commissions to agencies, but beware of scams. Be wary of obscure ads with overly attractive prices, whose owner asks you to pay in advance over the Internet because he is currently out of the country. These houses are not for rent or do not exist. You will only lose your money.

As a general rule, never pay anything until you have signed the contract and received the house keys.

When you sign the contract, you usually have to pay:

Some landlords, especially when renting to foreigners, require the signature of a person who will act as guarantor, or alternatively a bank guarantee, usually equivalent to six months’ rent.

The most popular websites for finding accomodation in Spain:

More and more foreigners are choosing to live and work in Spain, even though the employment situation in that country is not so good. Suffice it to say that the Spanish unemployment rate is around 14%.

More than 6 million immigrants currently live in Spain: Moroccans, Romanians, English, Chinese, Italians, Argentines, etc. Immigration to Spain has been steadily increasing and has not stopped even in the crisis years after 2008. Why do so many foreigners decide to move to Spain?

The typology of people who move to Spain every year is very different:

There are people who decide to move to Spain to start a business, especially in tourism or hospitality. The Spanish bureaucracy and tax system are very clear and simple.

There are young and old people who have education or are skilled workers and prefer cities like Madrid and Barcelona, where the quality of life is better and the costs are lower than in many European cities.

There are young people who are not skilled workers and seek work in tourism or hospitality. They make up the majority of people who move to Spain every year in search of work and sun.

There are retirees who move to the Spanish coast because of the quality of the weather and the cost of living, which is much lower than in the Nordic countries.

There are young people who fall in love with Spain after their Erasmus stay and decide to live here.

Moving and living in Spain today

In Spain, the cost of living is rising rapidly, especially the real estate market has begun to grow again, so rents are constantly rising and renting housing in the big cities, especially in Madrid and Barcelona and in tourist resorts, is becoming more and more expensive. Not to mention the situation on the islands (especially the Balearic Islands), where the situation is dramatic.

Finding work is neither easy nor self-evident, unless it is work in the hospitality industry, especially in the summer, where it is easy to find a job.

There is very little union protection, so it is very easy to be fired.

The services and bureaucracy are not the best and obtaining the NIE (which you need to work) is becoming more complicated with biblical waiting times.

The quality of the public school system is not the best.

Certainly the lack of work and the lack of prospects drive many young people to leave their country and go to Spain, but Spain is not the Eldorado and does not offer the job opportunities, salaries or services that many countries in Northern Europe can offer.

So why do so many foreigners choose to move to Spain?

Spain offers good subsidies for new businesses, for example a new business pays 15% tax on profits for the first 2 years.

The unemployment rate in Spain is not low, but in reality the chances of finding a job depend largely on your willingness and ability to look for work.

But these reasons are not enough to explain why so many foreigners move to Spain. Perhaps the reasons are deeper and go beyond occupational reasons.

Although it is difficult to find work, despite rents skyrocketing, although finding housing is complicated, despite Spanish bureaucracy, life in Spain is good.

The quality of food is good, the weather is excellent and the days are sunny. You can easily get around on foot or by public transportation, and the cost of living is cheap.

It is more logical to move to Germany or the Netherlands to look for work, and indeed many do, but in Spain foreigners are generally treated as equals. Spaniards do not look down on them, as is the case in many other countries. Social integration into Spanish society is much easier.

All these factors have a significant impact on the quality of life, and I think this is one of the most important aspects that make so many foreigners choose to live in Spain.