Living and working in TENERIFE 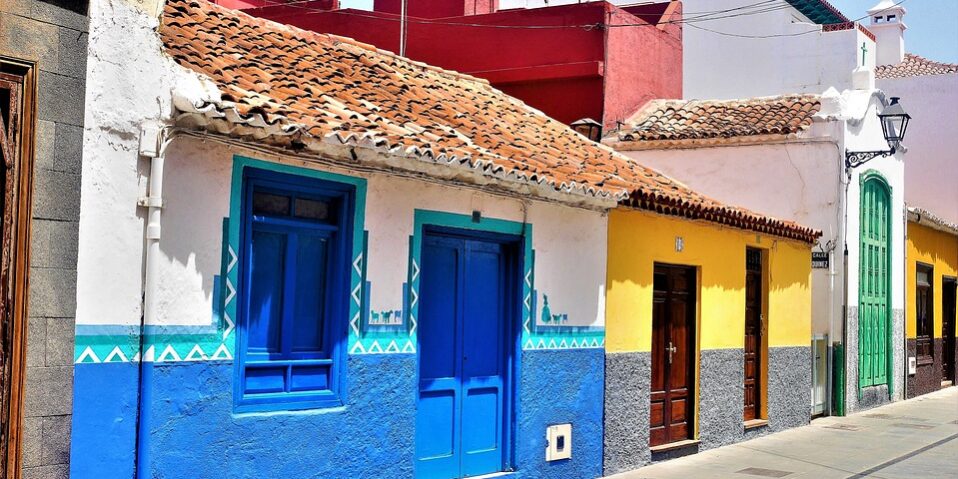 Tenerife is the largest and most populous island (with almost one million inhabitants) of the Canary archipelago. There are many foreigners currently living in Tenerife.

It is a volcanic island that offers beautiful landscapes: Beaches, forests, mountains cities and natural parks of exceptional beauty. However, life in Tenerife is not only beautiful, but you also have to deal with some inconveniences, such as the traffic, which is very intense, especially in the summer, causing great inconvenience, both to get around and to find a parking space, and you have to remember that you are practically forced to use the car to get around the island.

Other positive features of Tenerife are its security (the entire island is quiet and the crime rate is very low) and its climate. The average annual temperature is around 24 °C, with highs reaching 29 °C and lows never dropping below 20 °C. The sun shines more than 300 days a year and it rarely rains.

However, it should be noted that it is generally windy on the island, and sometimes these winds can be particularly strong and thus disturbing.

Another sore point on the island is the services and especially the bureaucracy that forces you to stand in line at the various offices. But this is part of the local culture, to take things slowly and live without stress, so I advise you to get used to this lifestyle as soon as possible and take it easy.

The cost of living here is lower than in other Western European countries. If you avoid the most famous and touristy places, living in Tenerife can be really cheap. Food and gasoline are cheap, while electricity, as in all of Spain, is very expensive. One should not forget that there are no heating costs. Accommodation is also not very expensive compared to other Spanish resorts, such as the Balearic Islands, and it is not that difficult to find a rental flat. Consider that 15 kilometers from the coast you can rent a studio for 400 euros per month.

Tenerife is an international place, visited by tourists from all over the world and where many foreigners (English, Germans, Italians, Russians, Americans, Scandinavians, French, etc.) live permanently. All this creates a very cosmopolitan environment, but at the same time Tenerife, with its 950,000 inhabitants, is the most populous of all the Spanish islands.

In any case, people here are very relaxed and prefer to enjoy life with friends and loved ones rather than chasing money, and they do not like selfish and stressed people. People are welcoming and friendly, but it is not easy to build a deep friendship with a resident of Tenerife.

Of course, you should always keep in mind that you will be living on an island, with all that that entails, and I mean that every time you want to move, you will have to take a boat or a plane, with the associated times and costs.

As for work, it must be said right away that it is not easy to find a job. The Canary Islands are one of the Spanish regions with the highest unemployment, as evidenced by the fact that last year the unemployment rate was 23%.

However, in the most famous tourist centers you have a good chance to work at least seasonally in a bar, restaurant, hotel, etc. if you speak a foreign language.

For more information about working in Tenerife, I recommend you to read the article: Jobs in the Canary Islands

Living and working in Tenerife, pros and cons

Living and working in Tenerife, conclusions

Certainly, life on a small island with all that it entails is not for everyone, just think of having to take a plane every time you want to go somewhere, even if it’s just for a weekend.

However, Tenerife is a fantastic place that offers an enviable climate all year round. The cost of living is low (especially if you are a few miles from the most popular tourist destinations on the coast). There is good food, beautiful scenery and hospitable people. A perfect destination for those who do not suffer from shopping addiction and the need to constantly visit malls, but are looking for a relaxed and quiet life.