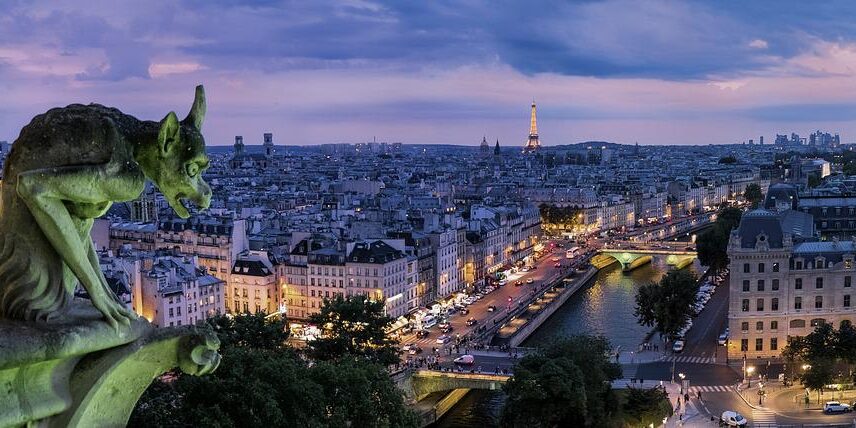 France is one of the world’s leading industrial powers. Its economy is the seventh largest in the world and the third largest in Europe behind Germany and Great Britain. The service sector contributes the most to the national GDP (80%). Therefore, if you have the right skills, it is not difficult to find jobs in France, especially since the unemployment rate is expected to be around 7% in 2022.

The two most used websites for finding a job in France are:

Here you can search for jobs and send your resume to the companies.

The first questions you should ask yourself when looking for a job in France are:

Remember that it is much easier for EU citizens who know French to find a job than for immigrants from non-EU countries. In France, when looking for a job, preference is given first to the French, then to EU citizens, and finally to everyone else.

The geographical location of the country also plays a role, as some professions are more in demand in some regions than others, so before you move, I recommend that you find out about the regions of France where your job is most in demand.

Paris is not only the administrative capital of France, but also the financial and economic capital of the country. Many French companies of all sizes are based in Défense, Paris’ huge financial district.

In France, the referral system is very widespread. So if you know someone who can recommend you to the company, you have a much better chance of being hired.

If you do not know French, you will only find illegal and/or low-paid jobs as a cleaner, dishwasher in some restaurants or laborer/mason on some construction sites. The only highly skilled professions you can do without knowing French are those in IT.

Most in-demand Jobs in France

The most in-demand occupations in France are found in the following sectors:

France is a very diverse country, both geographically and culturally. However, the work culture is quite similar throughout the country. Workers rarely work overtime unless it is an emergency, and everyone leaves at the scheduled time. If someone is still working after hours, they are not seen positively, but as someone who cannot organize their work.

Although the French take frequent breaks, they know how to divide their working time perfectly. They do not work to let  time pass, but always for the end result, and during working hours people are extremely focused on their tasks and do not waste time talking with colleagues. In Fact that the productivity of French workers is higher than that of German and Belgian workers.

Lunch is sacred to the French, it is rare to see anyone eating at their desk, in fact in many companies it is forbidden, and companies are required by law to provide their employees with meal vouchers that they can redeem at affiliated restaurants.

The French can not do without vacations either; most employees enjoy many days off, even more than 40 days a year.

In summary, French culture and work environment ensure a good work-life balance. The average five weeks of vacation a year enjoyed by French workers and weekends are times to switch off and return to work with renewed energy.

In summary, the minimum wage in France is one of the highest in Europe. The retirement age is one of the lowest in the world. Employee protection is high. The working week is 35 hours, which, combined with 6 weeks of vacation per year means that French workers have a lot of free time for their hobbies or family, which gives them an excellent work-life balance.