Living and working in Valencia 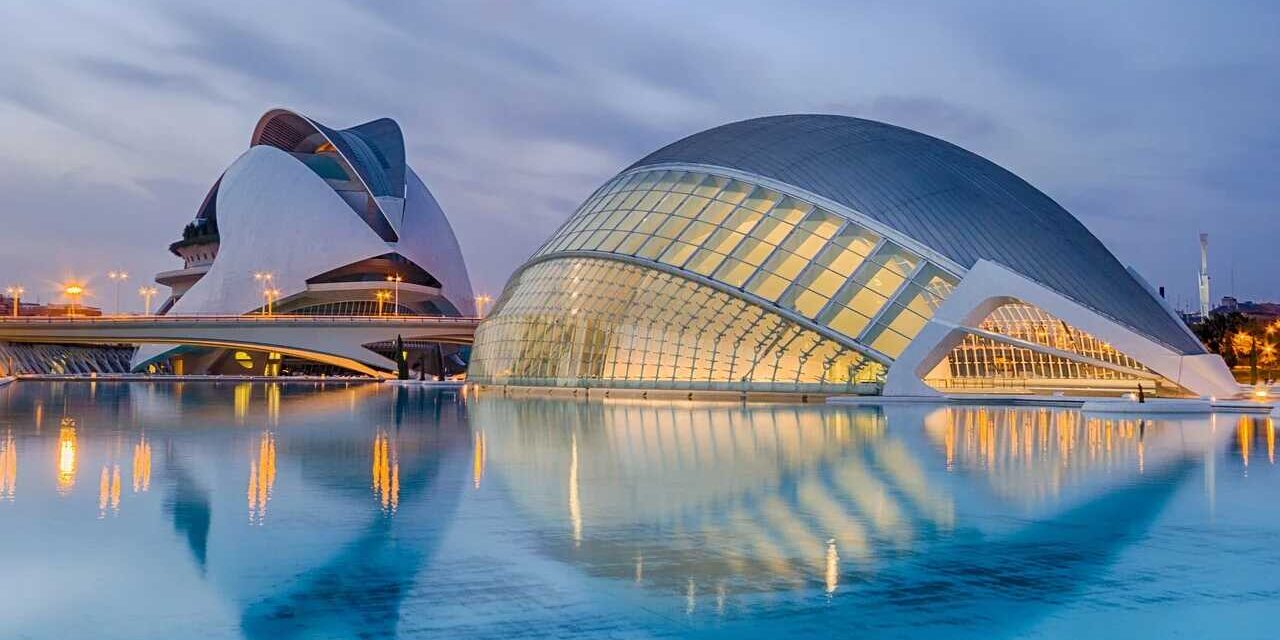 Recently, Valencia is emerging as the ideal Spanish city where many foreigners dream living and working, cheaper than Madrid and more politically stable than Barcelona.

Valencia, with its millions of inhabitants, is a city big enough that you can live in a big city but without the inconveniences of a metropolis. In addition, the climate is very pleasant, with 300 days of sunshine a year (which makes it very bright), without extreme cold snaps (it does not snow in the city of Valencia) and with the advantage of being close to the Mediterranean Sea, with beautiful beaches .

If you come from a very green area, the landscape of Valencia will seem a bit dry because it does not really rain much, but it has nothing to do with other much drier and even semi-desert areas that can be found in southern Spain.

Valencia has a typically Mediterranean geography, facing the sea and surrounded by mountains. It is a very flat city, perfect for cycling, and also has numerous parks and gardens ideal for enjoying the good weather. The presence of numerous bike paths allows you to ride your bike almost anywhere.

In addition, the city has numerous gardens and a large park that crosses the entire city where the Turia river used to flow.

The transport system is good, there is metro, tram and bus, to which the shared bicycle service can be added. The public transport network is quite extensive. It is true that there are areas that are not so well connected, but you can reach all parts of the city without a car.

Valencia is also very well connected to the rest of the world through its airport in Manises. Spanish and Valencian are spoken in Valencia, which is very similar to Catalan, but its use is not as widespread or mandatory as Catalan in Catalonia and Barcelona.

The people in general are nice and as in all Spanish cities you will find many people from other countries and fully integrated so it’s easy to immediately feel comfortable unlike what happens in other countries.

Although crime has increased recently, Valencia is still a relatively safe city. Apart from some areas to avoid, especially if you are alone and at night.

The weather is one of the most pleasant things in Valencia. The average annual temperature is 18°C and it rains very little. With the exception of a few autumn and spring days, you can always enjoy the beautiful sunny days. However, summers can be difficult due to heat and high humidity. Apart from the hot and humid summers, the climate is pleasant almost all year round. Spring is its best season with absolutely beautiful light.

In terms of accommodation, although to a lesser extent than in Barcelona, finding an flat in Valencia is also becoming quite difficult. Due to the high demand, the prices are rising and without a job it is really difficult for the landlord to rent you something. In addition, the houses that are rented are quite old and of questionable quality, both in terms of finishes and insulation.

If you are a party person, Valencia is for you: there are many nightclubs and discos. There is something for every taste in all parts of the city. In addition, in March the city is transformed to celebrate one of the most famous festivals in the world: Las Fallas, during this month you will not be bored for a single day.

Valencia is the city with the most job vacancies in Spain after Madrid and Barcelona, with tourism and the automotive industry leading the way.

Despite this, Valencia has a high unemployment rate and finding a good job can be difficult and discouraging. The easiest way for a foreigner to find a job is in the hospitality industry: as a chef, pizza maker, etc. Finding a job as a waiter is relatively easy if you speak English.

Living and working in Valencia, conclusion

All that glitters is not gold when it comes to living in Valencia either: Salaries are low, rents are expensive, some parts of the city are dirty and run down, it can be noisy (especially during Fallas) and new infrastructure would need to be built .

But Valencia also has world-famous museums, like the City of Arts and Sciences, one of the best universities in the country, financial districts and business centers. All of this wrapped up in a city that’s the perfect size to live in.