Living and working in BIRMINGHAM 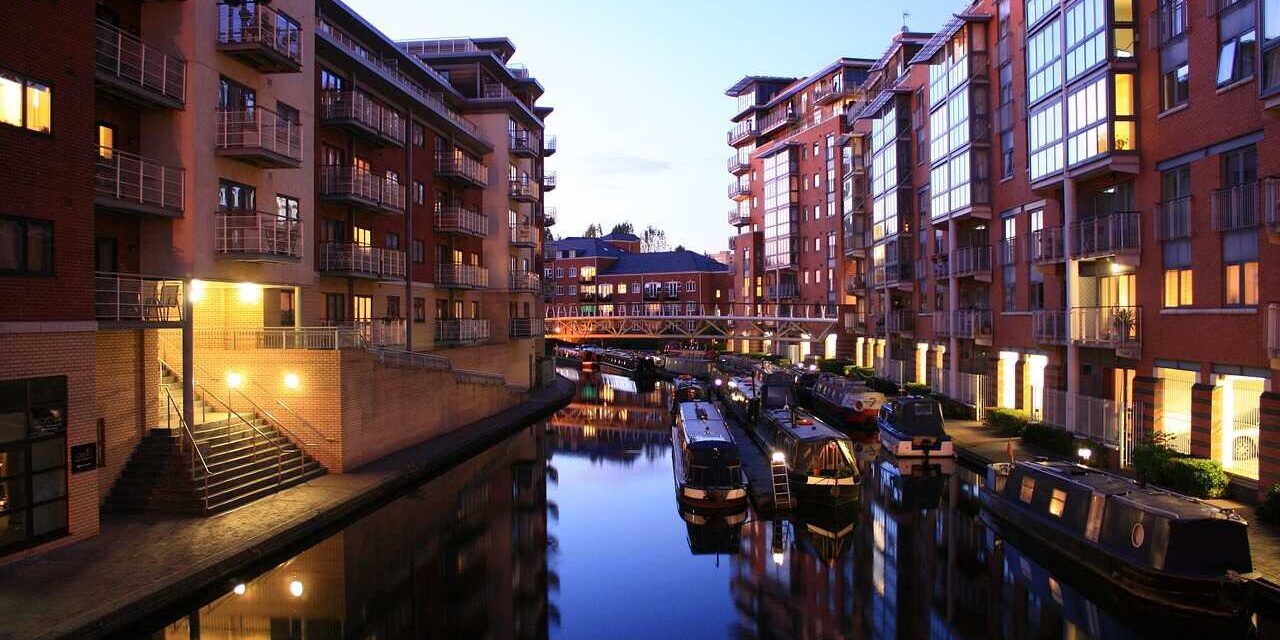 Birmingham is located in the center of England and is the second largest city in the United Kingdom with a population of over one million, hence the nickname “Second City”, and quite a few foreigners are currently living in Birmingham.

The city was not built on a river, but life takes place around the many canals built during the industrial revolution for the transport of goods. Birmingham has much more greenery and trees than most other cities and is definitely not a closed and oppressive place. The city center is large, but you can walk from one end to the other in about 40 minutes.

Compared to other British cities, public transport in Birmingham is poor. There is no subway, and the city has only one streetcar line. Otherwise, people have to rely on the city bus network, which often does not arrive on time and does not cover the entire city, especially in the outlying districts. Traffic is extremely chaotic. Too many cars and the constant remodeling of the center always cause traffic jams. Efforts are made to encourage the use of bicycles, but many streets are not safe for bicyclists.

The people of Birmingham, also known as Brummies, are very friendly and hospitable. The British are probably the coldest of the English-speaking peoples, but Birmingham is one of the friendliest cities in all of England. It’s easy enough to start a conversation in a café. In London, that kind of thing is much harder to achieve. On the other hand, they are always English; you can work with people in Birmingham for years and never get invited to dinner.

Londoners know they live in a world-class city, and they are quite snobs. The big northern cities – Manchester, Liverpool, Leeds and Sheffield – have a strong ‘northern’ identity. Birmingham is both literally and metaphorically a mixture of London and the North.

In terms of safety, Birmingham is one of the least safe cities in the United Kingdom. There is a lot of violent crime. And organized crime ensures corruption everywhere.

Speaking of work, Birmingham is a city with the highest unemployment rate (11%) in the entire United Kingdom (4%). It was a great industrial city. But since the 1970s, industry has declined sharply. With the decline of industry, the tertiary sector has definitely consolidated. Birmingham is a major banking, insurance, commercial, leisure, and educational center and remains one of the largest industrial centers in the United Kingdom. You can find job in manufacturing, but mostly in the service sector: retail, financial and hospitality.

To find a job, language is an important factor. If you are fluent in English and have a university degree, you have a much better chance of finding a job, especially in service companies. Some large multinational companies tend to move a large number of jobs from their London office to Birmingham. Birmingham is also the city with the highest number of startups in the UK, excluding London.

Living and working in Birmingham, conclusion

Overall, Birmingham is a city that is definitely on the mend. If you find the city to be a quiet place to live, love routine and are not constantly looking for new activities. Then living in Birmingham could be a good option for you. It is suitable for those who prefer a relaxed lifestyle to hectic London. However, if you are someone who is always looking for new adventures, it might be a bit cramped for you.

In summary, Birmingham is not as crowded as London and not as cold as the cities in the north. It is a quiet and peaceful city where people, especially in the rural areas, have more time for each other. For this reason, many who work in London choose Birmingham as a place to live, as the rail connections make it possible to reach central London in 1 hour 30 minutes.