Living and working in WROCLAW 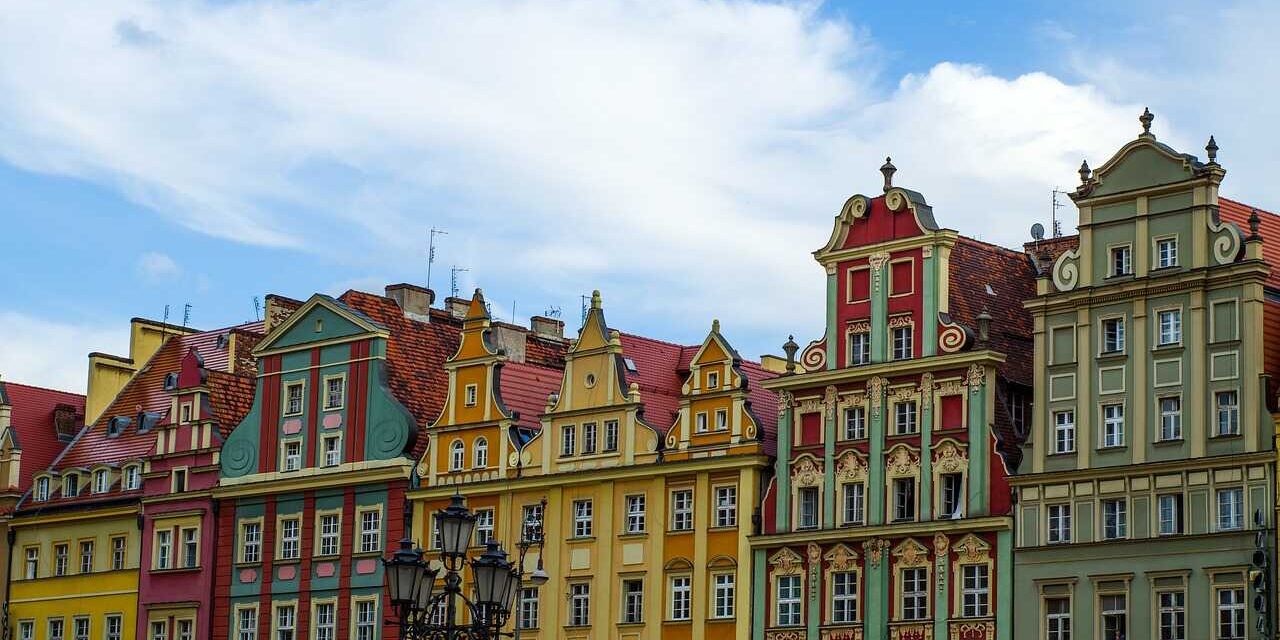 Wroclaw is the fourth largest city in Poland in terms of population (officially there are about 700,000 people living in the city, but this number is underestimated as many are not registered), but for those accustomed to Warsaw, it is relatively small. Everything is really “within reach” and close to the center. Currently many foreigners are living in Wroclaw.

The city is very green with more than 40 parks and the large Odra River flowing through it. It has been largely renovated. There are still some ruins, but the city center has been completely restored and is very beautiful.

It is one of the fastest growing cities in Poland, and the public transportation system is relatively good, with buses and streetcars, but no subway. Unfortunately, public transportation is often unreliable due to traffic and poor planning, and since the city is full of cars, traffic jams are normal. There is a good connection to the Polish highway network, which connects the city with many German and Polish cities.

Wroclaw offers an excellent quality of life, as evidenced by the large number of immigrants who have moved to Wroclaw, transforming the city into a truly multicultural city. Especially in the spring and summer season there are a lot of concerts and cultural events, not to mention that the city was the European Capital of Culture in 2016.

Living in Wroclaw, as in any other Polish city, means facing a language barrier. Everyone who decides to live here will sooner or later have to decide to learn Polish if they really want to start a process of integration.

In Wrocław there are 20 higher education institutions (universities, medical academies, technical colleges, etc.), which causes the presence of many students, including many foreigners. The flair of a university town is also cultivated here. There is a large university and many other institutes: polytechnic institute, medical academy, art academy, etc. During the school year, the city explodes with youth and energy, trends, avant-garde and ingenuity. In summer, most students return home, but their emptiness is filled by the many international tourists who populate the medieval streets of the historic center.

Finding housing is becoming increasingly difficult due to the growing demand, as the large number of immigrants does not stop coming to the city. This naturally leads to a saturation of the rental market and thus to an inevitable increase in prices.

In general, life in Wroclaw, as in all of Poland, is very safe.

Something that you will not like and that is one of the worst aspects for those who live in Wroclaw is the poor quality of the air that you breathe in the city. This is due to the high level of pollution caused by the massive use of coal as fuel for the country’s thermal power plants.

Wroclaw has continued its economic development in recent years and ranks seventh among the fastest growing regional economies in Europe. The city has a good labor market (depending, of course, on individual professional skills and language proficiency).

Although unemployment is very low by Polish standards, employment opportunities are still fewer than in cities such as Warsaw and Krakow. However, salaries are generally better than in most cities in Poland. Many international companies are based in Wroclaw, so it can be relatively easy to find a job in one of them.

Those who want to know more about work can read the article: Working in Poland