Is it better to live in Spain or Portugal? 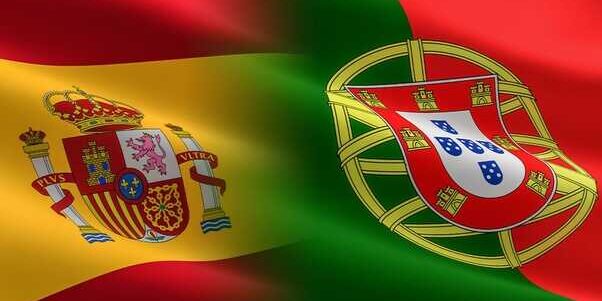 Spain and Portugal are the two countries that occupy the Iberian Peninsula. They have many similarities, but also many differences. One question that many ask is: Is it better to live in Spain or in Portugal?

Spain is a very large country, and therefore there is a much larger labor market than in Portugal. It is much easier to develop an economy for 45 million people than for only 10 million. Therefore, the employment opportunities are much greater in Spain.

The size of Spain means that even the cities are far apart. In Portugal, on the other hand, especially on the coast, all the cities are close together and easily accessible.

The Portuguese and the Spanish have very different characters. The Portuguese are less noisy and more polite than the Spanish. In a busy restaurant or bar in Spain, the noise can be unbearable; you have to shout to be heard. In Portugal, people are quieter and the tone of voice is softer.

Spaniards are night owls, they love being out on the streets and being outdoors. Although the Portuguese are early risers and prefer to stay at home, they are more family-oriented than the Spanish, who are already very much.

They are also calmer and less inclined to anger than the Spaniards. They have a very gentle character and tend to melancholy, pessimism and saudade, similar to the Galicians, the Spanish region with the greatest cultural affinity with Portugal. It is no coincidence that Portugal calls itself the “son” of Galicia, the region where Galician is spoken, which is the root of Portuguese,

This pessimistic attitude is often counterproductive. Many Portuguese are talented, but often lack the confidence to put their ideas and skills into practice. They look suspiciously at those who think big. Why have expectations when you know things will go wrong?

It is more difficult to make friends with a Portuguese than with a Spaniard. It takes more time to gain their trust. Once you have won it, however, you will remain faithful to the end.

The Portuguese are more introverted, but paradoxically friendlier, and a foreigner who does not speak the language will feel more welcome in Portugal than in Spain.

The Portuguese are also more patriotic because the cultural differences between the various regions are much smaller than in Spain.

Portuguese culture is not better than Spanish culture and Spanish culture is not better than Portuguese culture. They are simply different. With the difference that Portugal is very, very homogeneous. Spain is not. In Portugal there are also regional differences, but they are not as pronounced as in Spain. Catalonia, Andalusia and the Basque regions, for example, are completely different realities.

If you want to study in Catalonia, keep in mind that almost all subjects are taught in Catalan. Also, many companies require knowledge of Catalan as a condition of employment.

Portugal, on the other hand, is practically a monolingual country. There is a smaller language, Mirandés, but it is spoken by only 15,000 people.

The Spanish cost of living is on average higher than the Portuguese: €1,700 in Lisbon is equivalent to €2,000 in purchasing power in Barcelona.

Accommodation is generally more expensive in Spain than in Portugal. However, prices vary from city to city and region to region. In Galicia, for example, prices are not so different from those in Portugal.

In the end, the costs and the quality of life are more or less the same, because it is true that in Spain the prices are higher, but so are the wages.

Portugal has invested heavily in education over the last years and now has a highly skilled workforce. Most Portuguese have an acceptable level of English, and educated people speak it very well. This is not the case in Spain, where knowledge of English is not yet widespread. Moreover, the Portuguese understand Spanish better than the Spanish understand Portuguese.

Spanish cuisine is more varied and interesting. Portuguese cuisine is simpler. But the pastries are better in Portugal.

The infrastructure in Portugal is less developed than in Spain and Spain has a large number of new airports.

Comparing Barcelona with Lisbon, which are about the same size, Barcelona’s metro is clearly superior to Lisbon’s.

In short, they are two countries and two peoples with a lot in common: both are hospitable, familiar and friendly. They are basically two Latino people.

But there are also many differences, and everyone must decide for themselves which of the two countries best suits their goals and lifestyle.